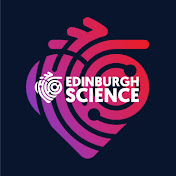 The Edinburgh Science Festival works with many researchers from the universities based in Edinburgh. For the Festival, researchers created a whole host of fascinating videos showcasing their research – check out some of the highlights below. Don’t forget you can see new videos as they are released by following the Science Festival on Twitter @EdSciFest

Hey Siri, Alexa. Are you gender stereotyping? Because recent research suggests that you do. With many voice assistants carrying out obedient, subservient roles it’s thought that this – along with their design of female-gendered names, voices, and personas – can encourage abusive language toward them. Kate Devlin, BBC design team member Fiona Linton-Forrest and author Mark West rally together to discuss issues surrounding gender and conversational assistants, and what can be done to combat them.

How to Handle a Pandemic:

In late 2019, reports of an unknown virus began to emerge from the Chinese province of Hubei. Now, 18 months later, the world is still in the grip of the worst pandemic in living memory with more than three million lives lost. Governments around the world have deployed a range of strategies to steer their nations through the crisis but who got it right?

As the UK slowly emerges from the long shadow of lockdown, clear evidence is emerging of the impact of the pandemic on our mental health. This event brings together two international experts in post-conflict trauma, Prof Thanos Karatzias and Prof Neil Greenberg, to explore what the prognosis might be for our society and how we as individuals and as a nation can best mitigate the unequally-felt effects of this extraordinary year. Hosted by Hazel Lambert.

Hear from the makers of AWEN and learn how it was conceived and created as a call to climate action. You can link to the AWEN App here

This year marked the beginning of the UN Decade on Ecological Restoration, a clarion call to the globe to reverse the previous centuries’ rampant destruction of our environment and prevent an ecological disaster. Hosted by the BBC’s Kevin Keane, this discussion brings together land and ocean policy experts and environmental communicators to explore what policymakers, governments and individuals all need to do to reseed biodiversity and rewild the world.

The Tam Dalyell Prize is given annually by The University of Edinburgh to recognise staff who have delivered outstanding work in engaging the public with science. n this talk, Dr Andrew Manches will share clips from several projects related to how we gesticulate, and how these movements offer a unique window into the way we think and understand the world.

The Edinburgh Medal has been instituted by the City of Edinburgh Council to honour men and women of Science and Technology who have made a significant contribution to the understanding and well-being of humanity. This year it is awarded to Prof Heidi Larson for the role she has played in recognising the importance of popular and widespread misunderstandings of vaccines.